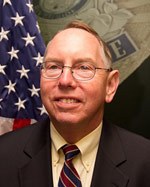 Mr. Roth received his undergraduate degree from Miami University, Oxford, Ohio in 1972, and his law degree from Emory University in 1974. Among his other professional and civic activities, Mr. Roth has served as an adjunct instructor in Labor and Employment Law at the University of California at Riverside, Graduate School of Management and in the University Extension Division and is the author of “Hiring Practices in the 1990’s – Employment Under Pressure”. His areas of practice include defense of wrongful termination suits, discrimination claims, wage and hour claims, ERISA claims and related matters in California and Federal Courts; and, the defense of employers before administrative agencies, including the California Fair Employment and Housing Commission and the Equal Employment Opportunity Commission, the National Labor Relations Board, the California Labor Commissioner, the U.S. Department of Labor, and California and Federal OSHA. His published court decisions include Skyline Homes v. Department of Industrial Relations, 165 Cal.App.3d 239 (1985) (wage/hour). He is a member of the State Bars of Georgia and California and is admitted to practice before all California courts, the U.S. District Court for the Central and Southern Districts of California, and the Northern District of Georgia, and the Ninth U.S. Circuit Court of Appeal. He currently serves as a Lawyer Representative to the Ninth Circuit Judicial Conference.

Among his many civic activities, he is the Past Chairman of the Board for the Greater Riverside Chambers of Commerce and President of The Monday Morning Group. He is a member of The Raincross Club, The Thomas W. Wathen Foundation Board, the Riverside Community Hospital Advisory Board, the Air Force Judge Advocate General’s School Foundation Board, the Riverside County Bar Association Board of Directors, and the La Sierra University Foundation Board. Mr. Roth is past Vice Chairman of the Parkview Community Hospital Board, past member of the Riverside Public Library Foundation Board and the Riverside Art Museum Board, past Trustee of the March Field Museum, and he currently serves as Legal Advisor to the Airlift/Tanker Association. Mr. Roth is a 1990 graduate of the Greater Riverside Chambers of Commerce Leadership Riverside program. Mr. Roth has been rated by Martindale Hubbel as AV® Preeminent™; and, he has repeatedly been selected by his peers for inclusion in The Best Lawyers in America® (Employee Benefits).