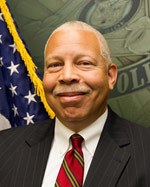 Jack B. Clarke, Jr. is a Partner in the Litigation Department of the Riverside office of Best Best & Krieger LLP. He joined Best Best & Krieger after graduating from law school in 1985.  Mr. Clarke is involved in litigation concerning education law, special education disputes, public agency litigation and other types of substantial litigation matters. Mr. Clarke has successfully defended school districts and other education clients in student disciplinary matters, civil rights and Constitutional claims and special education due process hearings.

Mr. Clarke received his Juris Doctorate degree, with distinction, from the University of the Pacific, McGeorge School of Law, in 1985 and his B.S. degree in Business from the University of California at Riverside in 1980. In law school, Mr. Clarke was elected to the Order of the Barristers, a national honorary society for outstanding achievement in courtroom advocacy, and served as a staff writer on the Legislative Review of the Pacific Law Journal, Vol. 15, January 1984. He also received the United States Law Week Award for Outstanding Contributions to the law school community.